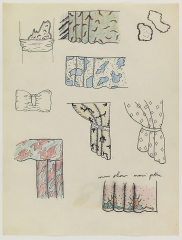 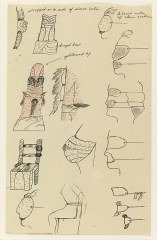 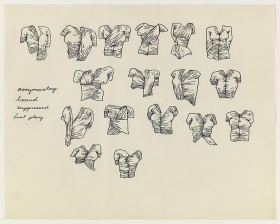 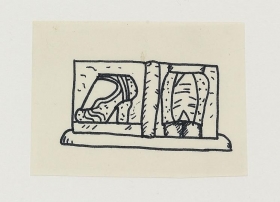 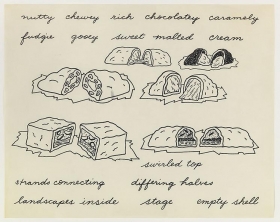 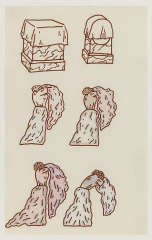 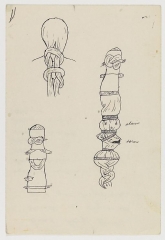 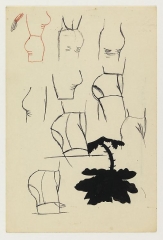 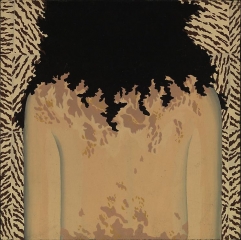 David Nolan Gallery is pleased to announce the opening of two solo exhibitions: Christina Ramberg: Corset Urns and Other Inventions: 1968-1980 and Victoria Gitman: On Display, featuring paintings and drawings from each artist. The exhibitions open on Saturday, December 10 and run through January 21, 2012.

In the late 1960’s, Christina Ramberg studied with Ray Yoshida at the School of the Art Institute of Chicago. Yoshida, who encouraged the use of commercial and popular cultural imagery, led a group of artists who came to be known as the Imagists who distinguished themselves from the art scenes in New York and Europe with high color figurative paintings and drawings. Mining comic books, magazines, and lingerie catalogs for references, Ramberg and her contemporaries such as Ed Paschke, Roger Brown, Jim Nutt, and Gladys Nilsson, among others, stand out as the forerunners of a distinctly American Pop approach to painting that is sexy, irreverent, and renegade in attitude. Ramberg painted parts of women’s bodies, like bound torsos, hands, waists, and hair, rendering them in seductive, sleek surfaces and muted colors. No faces ever appear in Ramberg’s works, and this precise cropping denies complicity between the gaze of the viewer and the subject. Haunting and perverse, Ramberg’s immaculately produced paintings stand in stark contrast to the hundreds of drawings she made, compulsively exploring shape and form in every possible variation of whatever subject she chose. Corsets, girdles, and bras were a particular obsession, for they not only served to shape the body to conform to an ideal, but they also symbolize the need to contain and heighten female sexuality.

Similar to Ramberg’s fascination with the accoutrements of femininity, Victoria Gitman explores fashion accessories as embodiments of desire and seduction through painting. Earlier in her career, she created paintings of women’s jewelry; for this exhibition, she has chosen vintage purses as her subject. Gitman selects the purses for their geometric, abstract patterning as well as color. Echoing formal tropes of Modernist abstraction—grids, rectangles, stripes, swirls—Gitman’s paintings evoke the spirit of Sol Lewitt produced with the painstaking realism of Netherlandish painting. The simple geometries assume the irregularities and eccentricities of the beaded surface and the shape of the purse as a “support.” The resulting granular images at once expose their constructedness—an aggregate of units that schematizes forms—and become feats of illusionism, each bead faithfully rendered, like a Zeuxis grape waiting to be plucked. Through inviting the viewer to a closer look, Gitman brings to the fore a kind of pictorial desire and makes the courtship between picture and beholder a central axis of the work.

Christina Ramberg was born in 1946 in Fort Campbell, Kentucky and died in 1995 in Chicago. She received her BFA and MFA from the School of the Art Institute of Chicago. Her first exhibition was in 1968 in a group show at the famous Hyde Park Art Center in Chicago along with fellow “False Imagists” such as Roger Brown, Philip Hanson, and Eleanor Dube. Ramberg’s works have been exhibited at the Renaissance Society, Chicago, the Whitney Museum of American Art, New York, the Museum of Contemporary Art, Chicago, the ICA Philadelphia, and other museums in the United States and internationally. This is Ramberg’s first exhibition at David Nolan Gallery.

Victoria Gitman was born in 1972 in Buenos Aires, Argentina and currently lives in Florida. She had her first solo museum exhibition in 2008 at the Las Vegas Art Museum, and has exhibited widely around the United States. Her works are in the collections of the Museum of Modern Art, New York, the Whitney Museum of American Art, New York, the Los Angeles County Museum of Art, and the Detroit Institute of Arts. This is Gitman’s second exhibition at David Nolan Gallery. 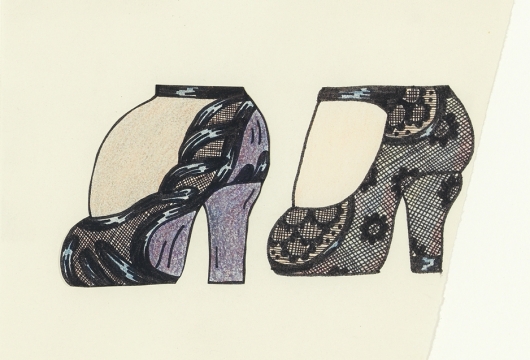 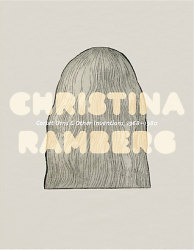 Christina Ramberg
Corset Urns and Other Inventions, 1968 - 1980
Back To Top