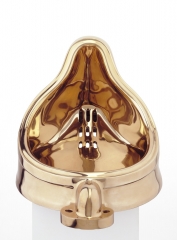 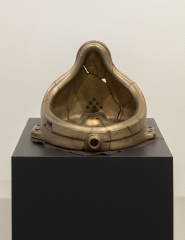 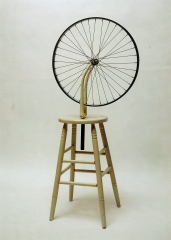 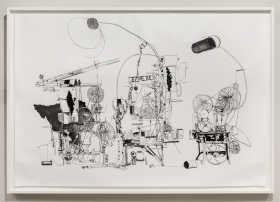 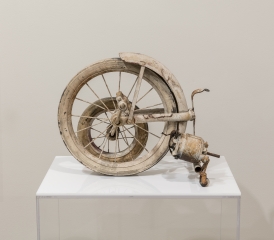 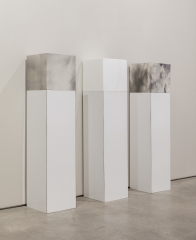 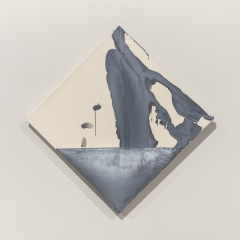 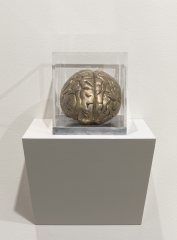 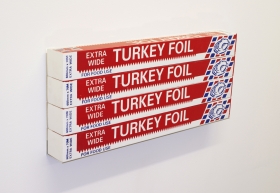 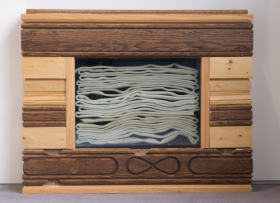 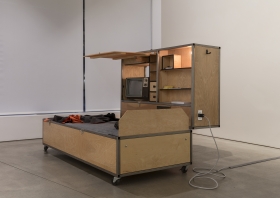 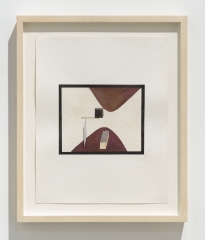 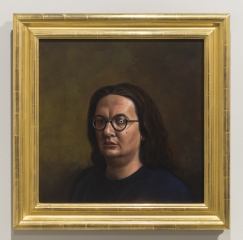 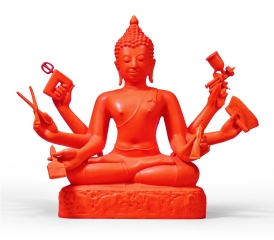 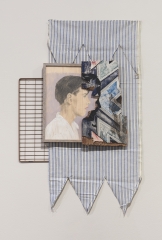 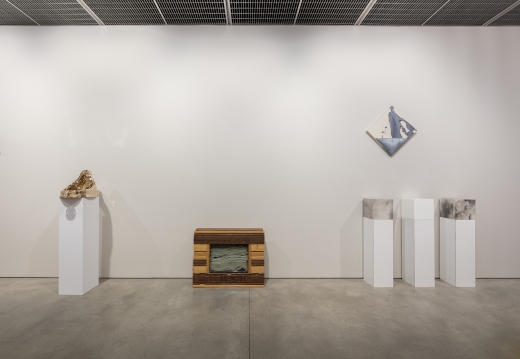 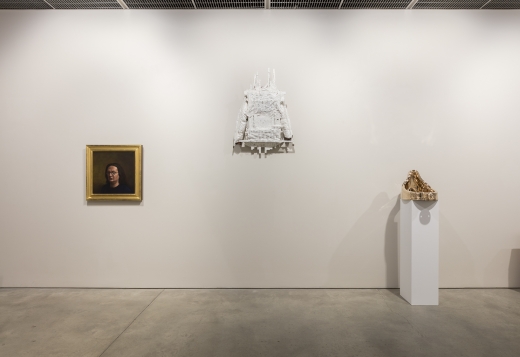 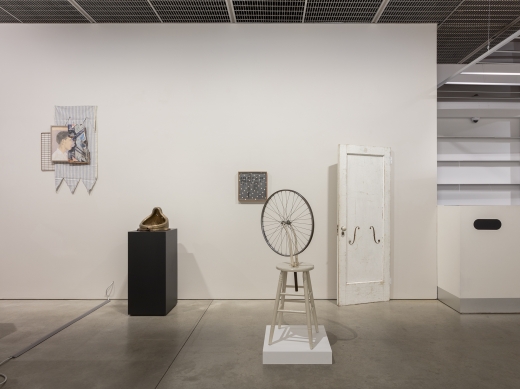 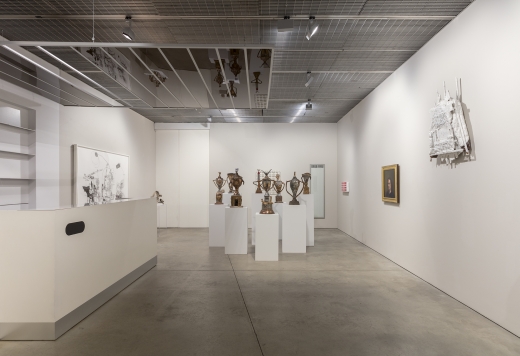 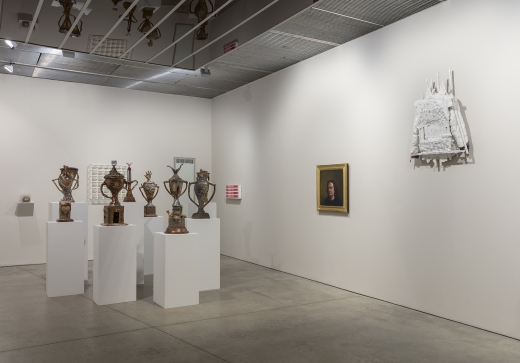 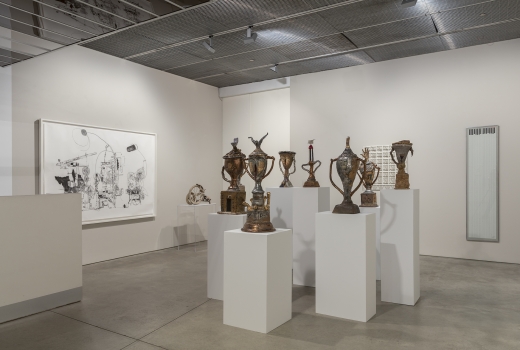 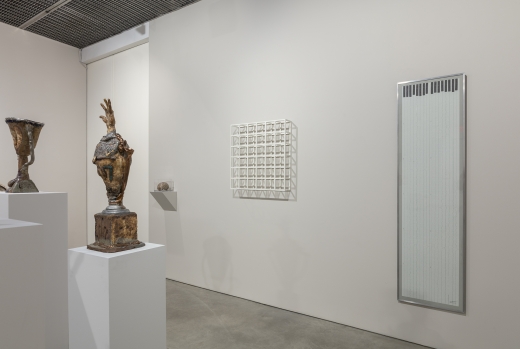 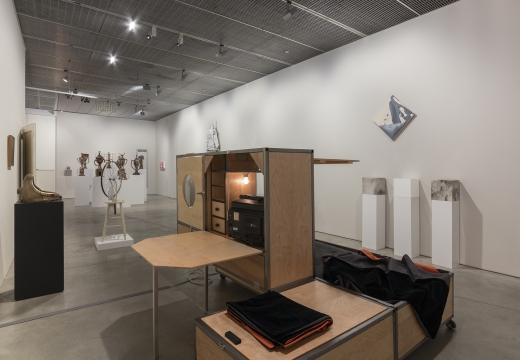 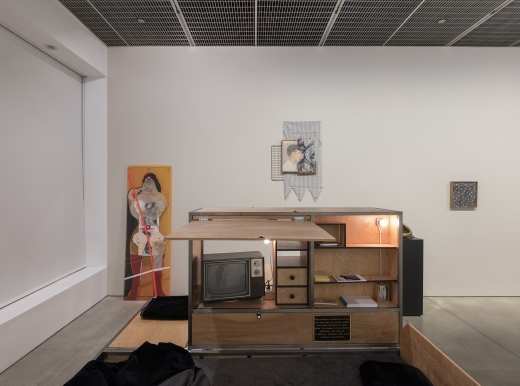 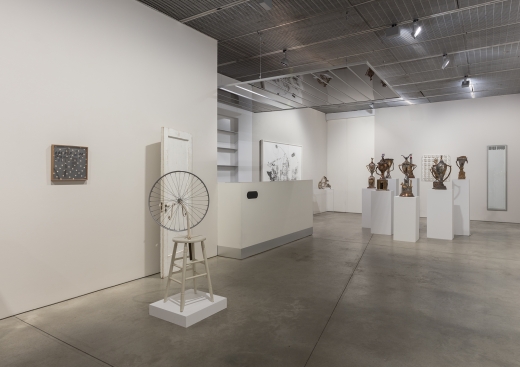 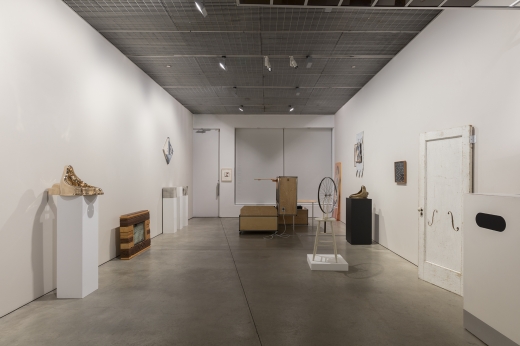 Duchamp’s influence has never been stronger. His questioning of art by placing a urinal in an art environment over a hundred years ago, in 1917, is still causing debate. The urinal was turned into an artwork because the artist so dictated. What is art, and what is original are still questions that occupy us today. By affirming that the art object no longer needed to be made by the hand of the artist, Duchamp gave artists license and freedom to create and question anything in our world. Duchamp further pioneered the artist’s process by granting Arturo Schwarz permission to recreate/edition his famous early works both in miniature and in the original scale, leading to appropriation in the 1960s and 70s.  While no artworks by Duchamp are on view in the exhibition, the thread of his influence that runs through this exhibition is everywhere.

Sherrie Levine, one of the premier exponents of the Pictures generation, has continuously questioned art history, power, and authorship through making and remaking originals by male artists, most notably in 1991’s Fountain (After Marcel Duchamp). Mike Bidlo and Richard Pettibone emerged from different generations but likewise share an interest in appropriation and replicating artworks, though variably by manipulating scale or media. Bidlo’s Fractured Fountain (Not Duchamp Fountain 1917), 2015, supposedly leaves traces from a private performance whereby Bidlo smashed the urinal and reassembled the work, later casting it in bronze. It simultaneously draws attention to both early critics of Duchamp’s work and nods to Duchamp’s The Large Glass, which was famously shattered and remade (by another artist, Richard Hamilton).

Duchamp famously made a distinction between cerebral and retinal aspect of art, with numerous artists in the exhibition falling into the former camp, e.g, Sol LeWitt, Robert Watts, and Robert Morris, whose Silver Brain (1963) and Self-Portrait with an electroencephalogram (1963) explore the roles of memory and understanding of the artist’s psyche. On the ‘retinal’ spectrum, Robert Arneson used his satirical humor and playful approach to art making by consistently poking fun at the seriousness of the art historical canon, both by elevating ceramics and by critiquing the supremacy of the artist. A similar irreverence is echoed in the works of Rita Ackerman (the deconstructed figure), Jean Tinguely (artwork as mythologized self-destructive performance) and Michael Landy (whose drawing is based on an archival image of Tinguely’s 1960 performance).

In addition to the aforementioned, Duchamp’s idea of the readymade is one that is constantly reinvented and reconceptualized, e.g. Christian Marclay’s Door and Gavin Turk’s Turkey Foil Box. Theaster Gates’s use and reconstruction of everyday materials (Mantle with Hose III), while both Duchampian and Dada in spirit, is decidedly more politically urgent in its contemporary critique of race and culture.

The largest installation on view, Andrea Zittel’s A to Z Living Unit (1994), is immersive living environment (a traveling “Living Unit”) meant to be customized by the owner. It makes a subtle nod to one of Duchamp’s most iconic works, the portable La boîte en Valise, which was essentially a traveling retrospective in miniature form that could be reinstalled as a private exhibition anytime, anywhere. Valise summed up a lifetime of Duchamp’s work in one gesture. Zittel however turns the work on its head, infusing the Duchampian spirit of irreverence, readymade and material ingenuity, albeit with an antibourgeois ethos and generosity toward the viewer that has serious utilitarian and environmental consequences.