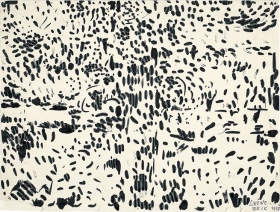 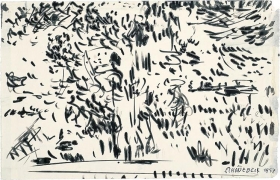 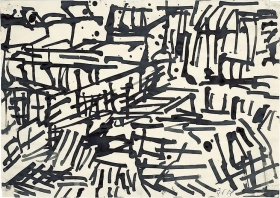 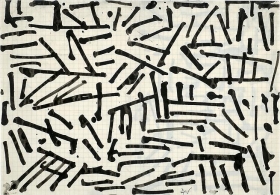 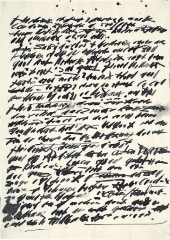 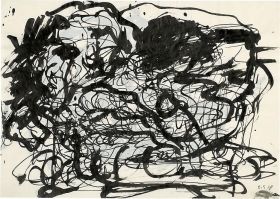 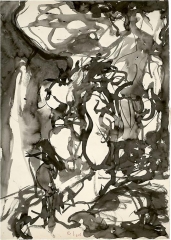 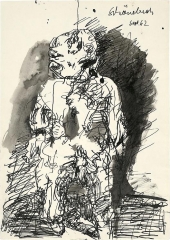 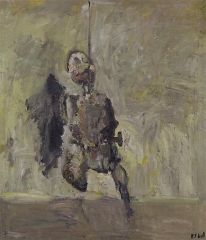 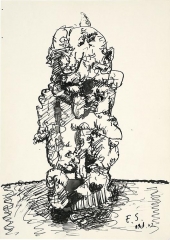 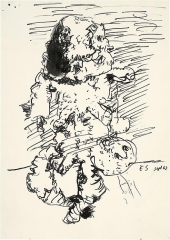 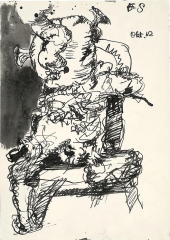 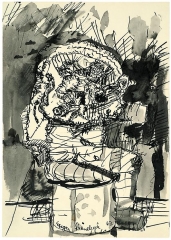 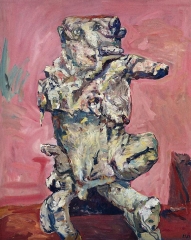 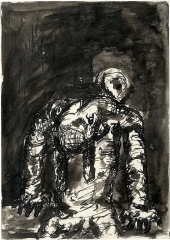 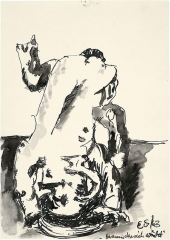 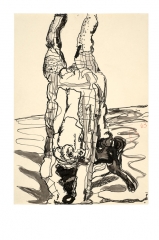 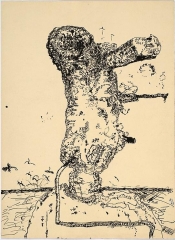 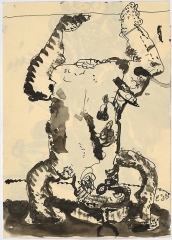 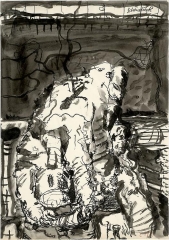 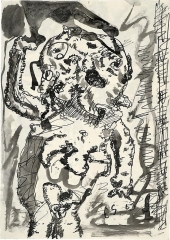 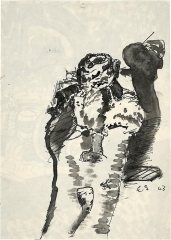 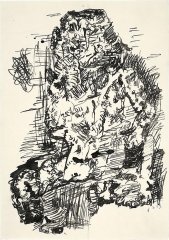 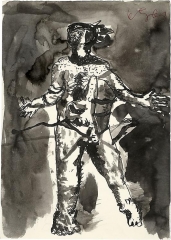 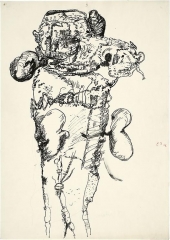 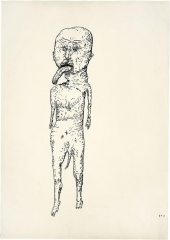 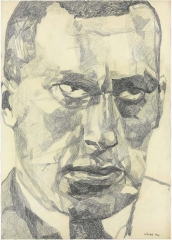 David Nolan Gallery is excited to announce the opening of "Eugen Schönebeck: 1957-1966.” This is a historical exhibition as it has been more than forty-five years since Eugen Schönebeck, now aged 76, has made a work of art. He was one of the first German artists to take up the traumatic experiences of the Second World War as a theme, pioneering a unique manner of integrating historical content into his work. This is the artist’s first solo exhibition in the United States, an astonishing fact given the enormous impact of his brief career on the unfolding of postwar German art history. David Nolan Gallery has assembled the exhibited paintings and works on paper with the support of the artist, most of which have never been seen outside of Germany.

Schönebeck, who was born on the outskirts of Dresden, received a scholarship in 1954 to train as a decorative wall painter at the Fachschule für angewandte Kunst in Berlin’s East sector. Convinced that he couldn’t develop his artistry further in East Germany, he successfully applied for admission to the Hochschule für Bildende Künste in West Berlin, where he began to take classes in October 1955. He made his first trip to Paris in 1956. By then he had come to admire Art Informel, particularly the works of Hans Hartung, Jean Fautrier, and Henri Michaux. Shortly thereafter his first mature drawings emerged in a Tachist style. The works that followed during the next four years retained figurative elements absent from the abstract paintings that he was also making at the time. It was not until late in 1961 that Schönebeck decided in favor of the more figurative mode of working. Schönebeck later stated his primary aim had been “to try…to let a certain tenor rise to the surface…a consciousness of crisis, pervasive sadness, gruesomeness, and even perverseness – that I found missing in the work of my colleagues.” In 1961, Schönebeck and his fellow student Georg Baselitz pilloried the bourgeois, jaded art world in their publication of the iconic First Pandemonic Manifesto. The manifesto doubled as the exhibition flyer for their self-staged debut exhibition as painters.

In the mid-1960s Schönebeck’s growing concern with Soviet intellectuals, politicians, and artists who endorsed various strains of communist leaders inspired him to create a series of timeless portraits. In these pictures, Schönebeck not only scrutinized the character and behavior of revolutionaries such as Lenin, Trotzky, and Mao, but also the aesthetic strategies of such Mexican mural painters as David Alfaro Siquieros. These likenesses and the few large-scale drawings that followed attest to Schönebeck’s struggle to find a middle way between art made for the capitalist market and work harnessed to political ends. Disinclined to turn his back on either of these aesthetic traditions and unwilling to compromise the moralistic edge of his art, Schönebeck decided in 1967 to stop painting and withdrew from the art world. Schönebeck also claimed at that time that easel painting no longer sufficiently interested him, and no paintings have been made since then.

Beginning with his student-era tusche and pencil drawings, this survey follows Schönebeck's move away from the established schools of the time. The earliest works shown, “Landscapes” from 1957 and 1958, pay homage to both Van Gogh and this genre of painting in former East Germany, while a selection of more unbridled drawings from around 1960 recall Jackson Pollock and Willem de Kooning. The core of the exhibition is a remarkable group of exaggerated figurative works created during the prolific period between 1962-1963. His subjects often appear mutilated—some in self-inflicted states of hanging, others shocked at the sight of a blown off limb. Another group of work is not without a strong dose of comic-grotesque humor. The survey concludes with Majakowski, a prime example of the monumental portraits he rendered in a startlingly realistic style in 1966.

Since the early 1980s curators, aware of the significance of his work, have included Schönebeck in almost every important survey exhibition of postwar German art presented internationally, including those at The Royal Academy of Art (1985), the Museum of Modern Art, New York (1987), the Centre Pompidou (1996), and the Los Angeles County Museum of Art (2009). The growing interest in Schönebeck’s achievement culminated in a retrospective of his work at the Schirn Kunsthalle in Frankfurt this past year. Schönebeck’s art was well ahead of its time; its meaning continues to endure, especially for a younger generation of artists.

In collaboration with Nolan Judin in Berlin, David Nolan Gallery has published a comprehensive and richly illustrated catalogue of Schönebeck's works on paper. The 124-page hardcover catalogue features an essay by art historian Dr. Pamela Kort and an interview with the artist. 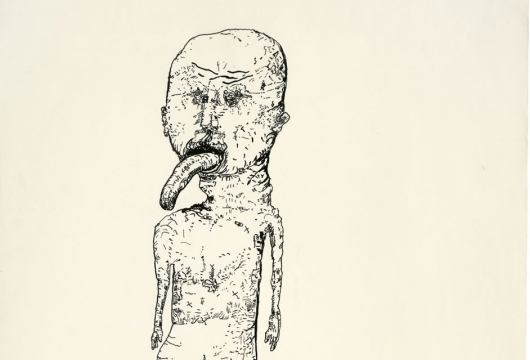 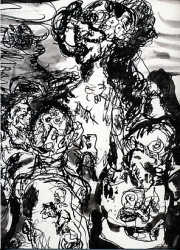 Eugen Schönebeck
The Drawings 2012
Back To Top