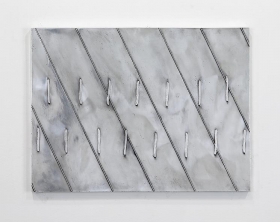 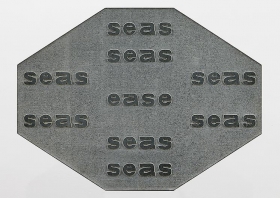 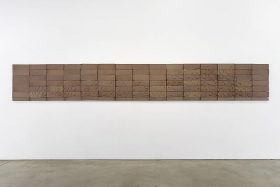 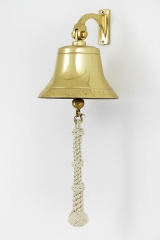 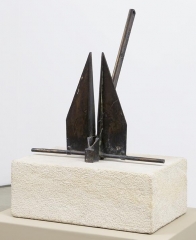 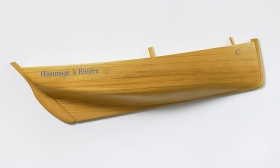 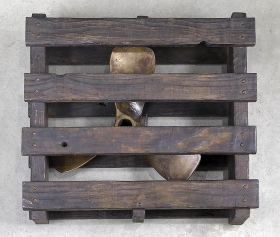 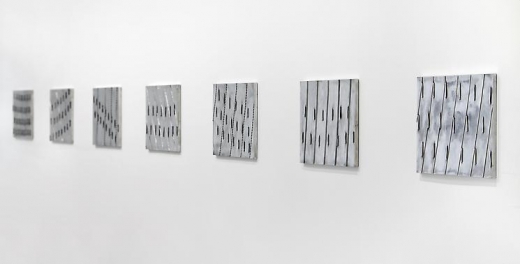 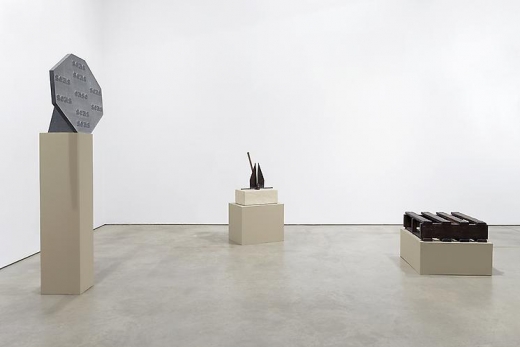 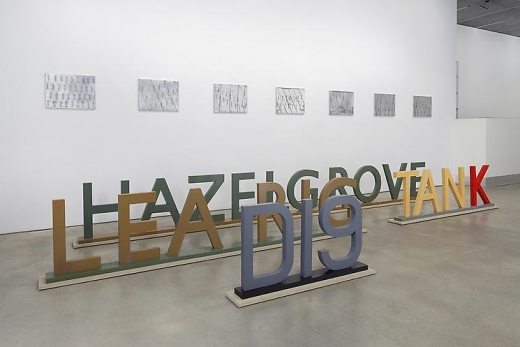 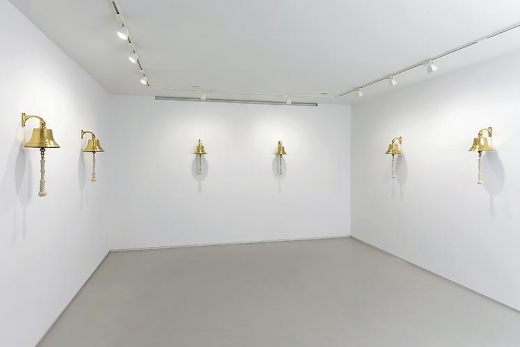 David Nolan Gallery is pleased to present its 8th exhibition of work by the celebrated Scottish artist, Ian Hamilton Finlay (1925-2006). On view from May 8th until June 22nd, the exhibition focuses on an array of the artist’s “maritime” works. The sea, together with the vessels that venture upon and qualifiedly domesticate it, is a theme that has coursed through Finlay’s work since his earliest poems, cards and artist’s books of the 1950s and ‘60s. The works gathered here span five decades.

Among Finlay’s abiding preoccupations is the relationship between written language and image, between a text (a word, a phrase, a bit of signage) and its both literal and figurative contexts. Finlay, who began as a writer, experimented ceaselessly with ways of generating, inflecting and provocatively destabilizing verbal meaning through the manipulation of written language’s physical properties: i.e, through the often witty play with typography, color, composition, scale, materials. By the early 1960s, Finlay had gained a reputation as one of Britain’s foremost practitioners of Concrete Poetry, yet he had also become increasingly interested in securing for his “poems” greater gravitas, in equipping them with both an irresistible physical presence and a far-reaching metaphoric range. Finlay’s early love for making toy boat and plane models provided a key, and his poems – his poems’ language – moved from the page onto wood, glass, plexiglass, tile, metal, stone and eventually onto (and into) the landscape, or Nature, itself. (Finlay’s famous garden Little Sparta, a life work, can be perceived as one sustained, sensuous, “concrete” poem.) The allusive range of Finlay’s poems, or “poem-objects,” likewise stretched outward from the immediate here and now to the farthest edge of the ocean’s or heaven’s vastness and, temporally, to the earliest nature philosophy of the Pre-Socratic Greeks. (One of the Ship’s Bells exhibited here makes tongue-in-cheek reference to the Pre-Socratic concept of a harmony of opposites.)

Words or written symbols set upon materials like wood or stone automatically become inscriptions, and over time Finlay came to both powerfully and hauntingly exploit inscription’s special character as a commemorative, or memorializing, device. The pear in Au Pair is a perfect rounded fruit, with a little fillip of sauciness to its contour: a girl idealized – and metaphorically preserved – in recollection. The girl is invoked yet necessarily remains forever absent. The title of the current exhibition is the title of a 1968 concrete poem that reappears here, in full, as a sear-white inscription on a tablet of dark glass. The poem’s “nets,” “lights,” “fish” and “roofs,” conjured with tender simplicity, have been transformed into interchanging images that mediate between raw nature (a black “ring of waves”) and a transcendent, metaphysical light. This work, a landscape of the artist’s thought and a brilliant exercise in verbal economy, is at once elegiac and exultant.

In the main gallery, the large horizontal ceramic work Wave Rock (1974-5) describes another landscape, a shoreline where the sea’s recurring “wave”s break upon and mingle with the land’s “rock”s. Here, the points at which the two opposed elements (water and earth), the two different words, collide a third word, “wrack” – or living seaweed – tentatively emerges. This work, like others of Finlay’s, both chronicles and re-enacts the complex, contradictory relation between the natural and the humanly constructed worlds, between Nature and Culture: nature (sea, rock, earth, woods, wind, wildflowers, stars) can only be represented and made intelligible to us when ordered through cultural constructs (through language or visual tropes) that perforce belie Nature’s essential untamed “naturalness.” We have been given, perhaps, the action of the sea but in words and images only – suggestively, circuitously, abstractly, beautifully.

The early stone sculpture, The Fisherman’s Cross (1967), alludes by title to both early Christianity (fishers of men, ΙΧΘΥΣ or the Icthys cross) and the crosses placed to commemorate loved ones lost at sea. The repetition of the word “seas” shapes a cruciform but also implies endless, circling movement like that of the ocean or life itself. The single word “ease,” at the work’s still center, is a longed-for idyllic state – a static place rather than a shifting condition – achieved, however, only in death. The mainspring of meaning in all Finlay’s art is metaphor, or the coupling, within a single work, of radically unlike terms (e.g., seas/ease/cross, wave/rock, pear/au pair/girl, sea poppy/fishing boats/a constellation of stars, hazel grove/ship, swallow/anchor, chrysalis/propeller, etc.). These unlike terms, when linked together, begin to reverberate, as we search for their relation or connection. They are brought by Finlay to behave as “multivalent” pointers, or mutable invocatory signs. Through metaphor, the sea or stone or cloud, fishing boat or anchor or bell, is lifted out of the literal universe into the realm of the imagination, of culture. With this “transfiguration” of terms, however, comes the inescapable loss of the real thing.

A Finlay metaphor can be the outcome of a single word carefully inflected by its setting, and many of the artist’s “maritime” works are based simply on the name of a boat with, occasionally, the boat’s home-port tag. Boats’ names are by custom highly figurative, but in Finlay’s hands they become doubly so. Hazel Grove (hazel wood is traditionally used for the frames of coracle boats) and Lea Rig (Scots for a ridge of grassy, unplowed land) may consist only of painted letters resembling the signage on trawlers’ hulls, but they metaphorically carry the thought of a green place and of cultivation – of culture – onto the void wilderness of the ocean. In Finlay’s art, the Sea – untamed, unfathomable, undifferentiated, vast, other – deepened over time into a symbol, or meta-trope, the figurative reservoir of all the poet-artist’s images and representations in still inchoate form. A Finlay work is like (is) a fragile but sturdy vessel – a venture of uncertain success – that, by dint of skill and luck, will eventually return landside, or “home, happy but tired.” Yet the sailor-artist’s enduring challenge, the never-perfectly-attained object of his assays and, in the end, his ultimate bourn is the Sea, the dark “ring of waves.”

Ian Hamilton Finlay was born in Nassau, the Bahamas, and moved to Scotland as a child. The artist’s renowned garden “Little Sparta,” in southern Scotland, is a prolonged meditation upon the relation of nature and culture, borrowing many of its forms from the English Neoclassical landscape tradition.

This exhibition, curated by Pia Simig, has been organized in collaboration with the Ian Hamilton Finlay estate. The above text has been prepared by Prudence Carlson.