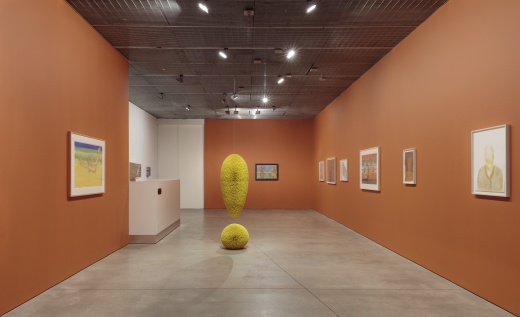 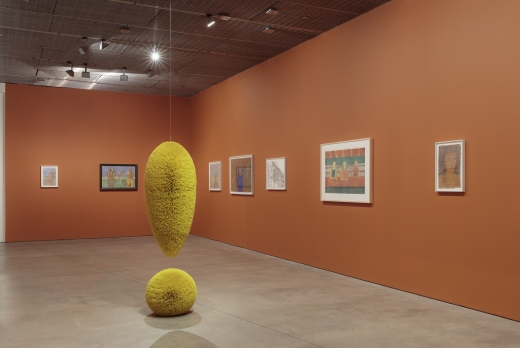 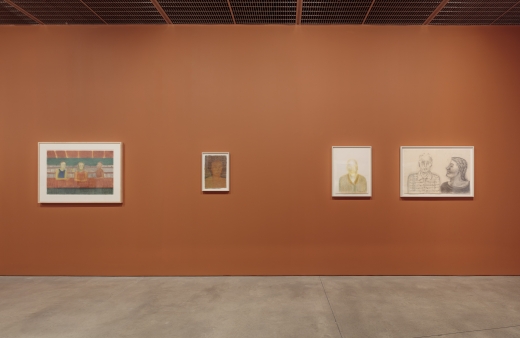 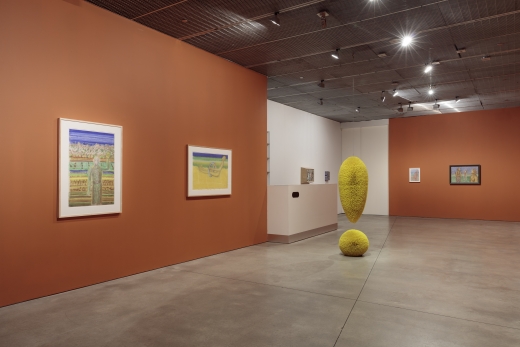 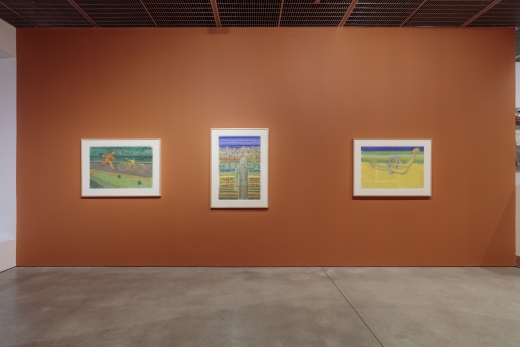 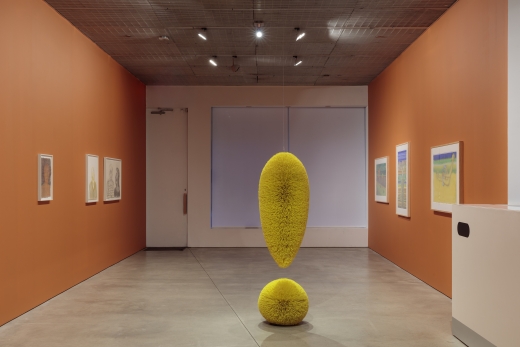 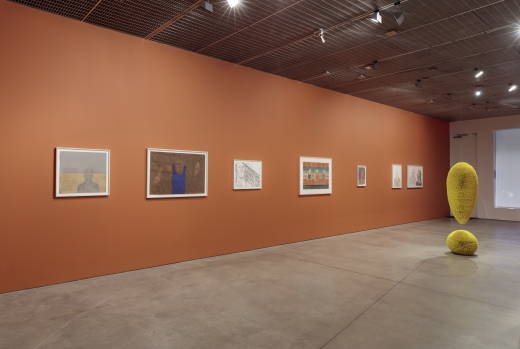 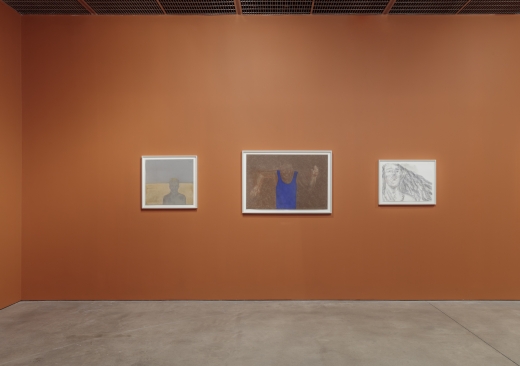 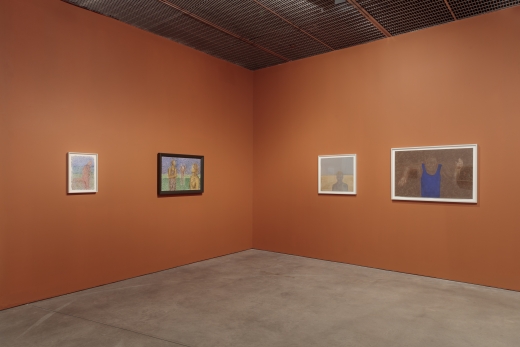 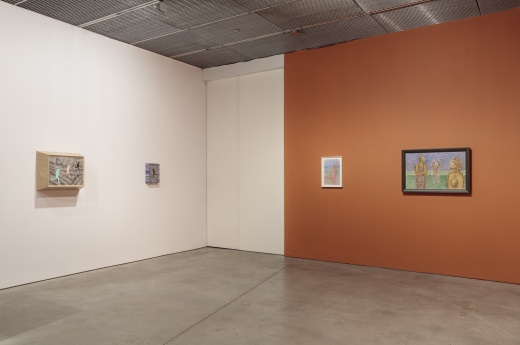 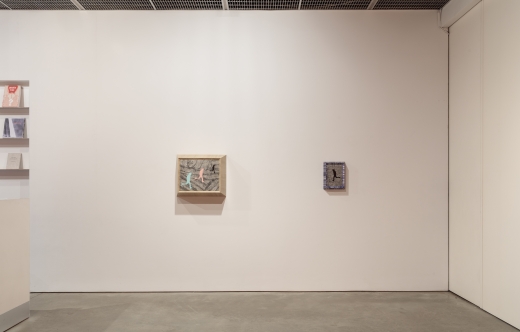 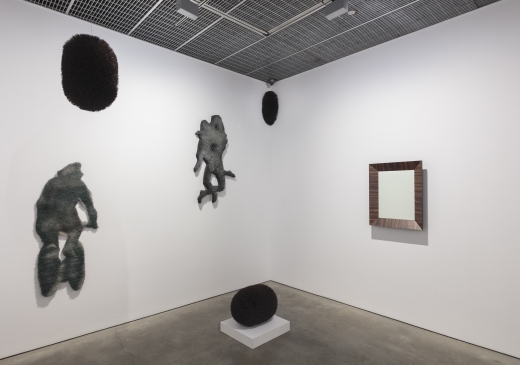 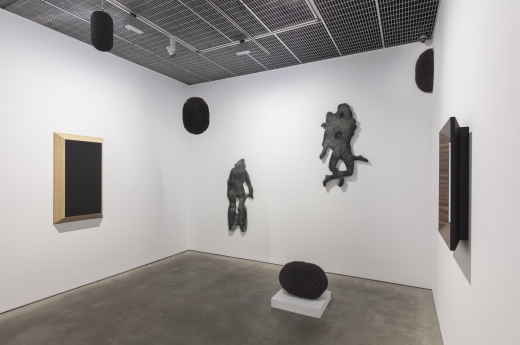 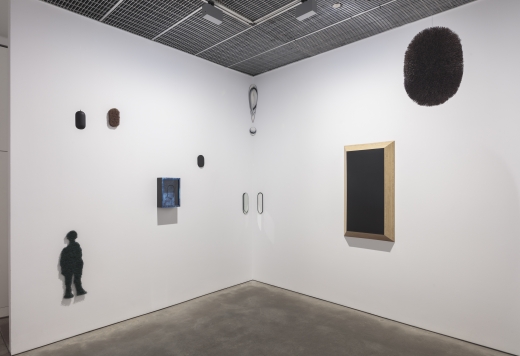 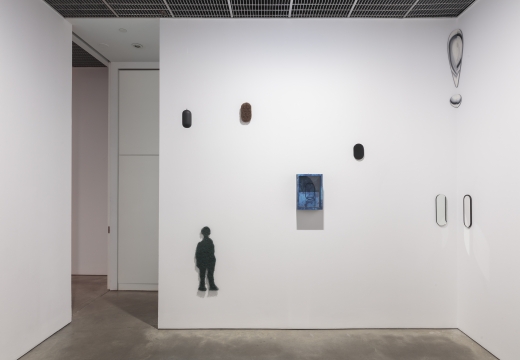 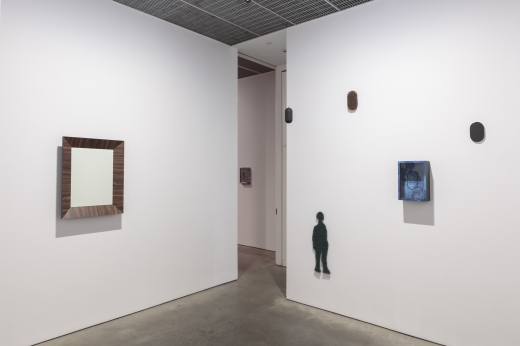 David Nolan Gallery is delighted to announce Richard Artschwager: Self-Portraits and the American Southwest, an exhibition centering on a group of rarely or never-before-seen works by the late American artist. Spanning the final years of his life, from 2008 to his death in 2013, the display examines the markedly personal nature of this last phase, in which Artschwager’s oeuvre came full circle to his earliest explorations of landscape and self-representation. On view in our second gallery is a selection of sculptures – “blps”, bristle works, and corner pieces – ranging in date from 1969 to 1995.

Artschwager grew up in the American Southwest in Las Cruces, New Mexico whose dramatic vistas and unbounded topography left a lasting impression on the artist throughout his life. At an early age, his mother, Eugenia (herself a painter), taught Artschwager how to draw, and took him on frequent trips out into the desert. These youthful experiences initiated a lifelong fascination with the world around him, which manifested itself in varied and unmistakable forms in the objects, drawings, paintings, and sculptures that would emerge from the artist’s five-decade career.

Among Artschwager’s first mature artworks is a self-portrait entitled Red Man (1960; Collection Kunstmusem Winterthur), a commanding depiction of the artist at age 37, which subtly conveys his assiduous personality within an essentially monochromatic palette. His use of red flocked paper, with its velvet-like appearance, prefigures a lasting interest in unconventional materials and supports. Two portraits in the exhibition – Red Man with Hat (2008) and Man in Blue Undershirt (2009) – announce Artschwager’s return to this atypical paper medium nearly 50 years after his first foray.

In 1967, while working as visiting professor at the University of California, Artschwager made another significant material innovation, discovering rubberized horsehair, a “non-art” product used primarily in upholstery. Among the variety of sculptures on view in the rear gallery, Locations (1969) demonstrates an early use of horsehair, alongside Formica, wood, glass and Plexiglas. Not until after 2000 would Artschwager conceptually unite his interest in figural representation with his application of horsehair, creating two oblique portraits: Small Standing Man (2009) and Cyclist (2010).

Around the same time, in the late 2000s, Artschwager’s art making took perhaps its final radical redirection: allowing for the first time an unprecedented degree of color to inhabit his work. As the artist entered his mid-80s, a series of return visits to New Mexico re-animated his passion for the Southwest. Catalysed by a longstanding appreciation for the post-Impressionists – in particular Pierre Bonnard and Georges Seurat – Artschwager produced an extended sequence of pastel drawings based on the desert landscape. A seminal work from this series, entitled In the Driver's Seat (2008), features the artist (without clothing) driving at top speed through the desert. Part landscape, part self-portrait, here Artschwager offers a profound reflection on his journey through life and his earliest memories.

Artschwager was born in 1923 in Washington, DC, and died in 2013 in Albany, New York. This is his ninth solo exhibition at the gallery, and coincides with a presentation of the artist’s work at Gagosian Madison Avenue. 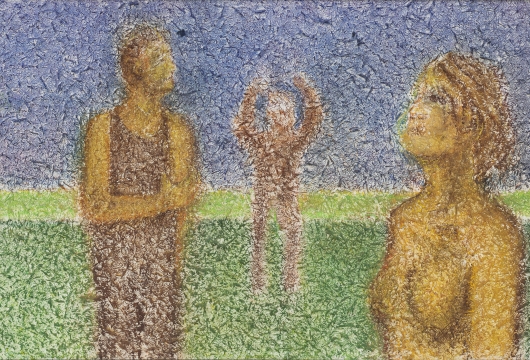 Two parallel exhibitions, Primary Sources, at Gagosian, and Self-Portraits and the American Southwest at the David Nolan Gallery, both devoted primarily to later works by Artschwager, opened earlier this year, representing two discrete, yet complementary points of view.